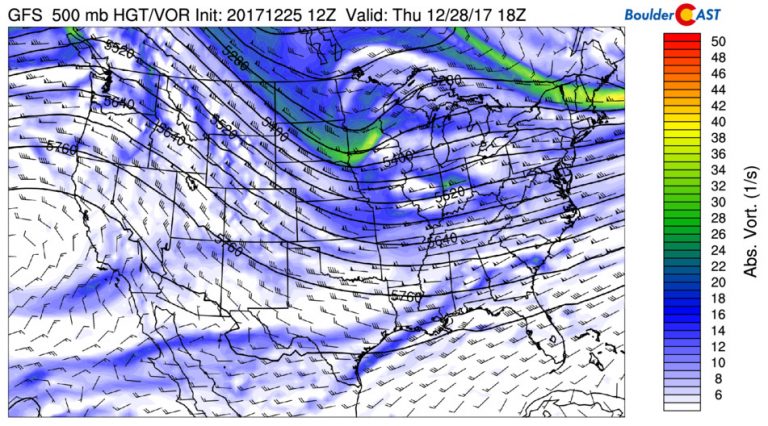 As a doctoral student at the Center for Atmosphere Ocean Science at NYU, one of the first classes you take is Geophysical Fluid Dynamics, or GFD for short. Though our topics of research range from deep convection in the tropics, to the calving of icebergs from glaciers in Greenland, to how oceans interact with planktonic communities, we share an understanding of the equations of motion that govern much of the atmosphere and ocean.

We are talking about large scale flows on a giant rotating ellipsoid (i.e. Earth), with a gravitational force that structures our atmosphere and oceans and governs the interface between them. The two bolded terms above are the key to GFD, and may be stated simply as

We derive these equations in the sections below.

Consider a control volume through which fluid flows. The volume does not change, and sits in one location in space while fluid flows through it. This the Eulerian approach, where fluid moves through a fixed space, as opposed to the Lagrangian approach, where our coordinate system follows the fluid. Because the control volume does not change, the total volume of the fluid inside must not change. However, the total density in the volume may change if the net mass flux through its surface is nonzero. If we call the volume \(V\) and its surface \(S\), then this can be expressed as:

And as long as the control volume does not change its shape with time, we can bring the time derivative inside the integral. So the integral equation for conservation of mass is then

Making this integral expression pointwise, we get the conservation of mass equation:

We could have also taken a Lagrangian approach, where instead of considering
control volumes, we express the fact that the density of a parcel of fluid will not
change as it is advected around. For this, it helps to employ the material derivative,
which describes the rate of change of some property \(\phi\) of a parcel of fluid as it moves:

Using this we can rewrite the conservation of mass equation as

In Lagrangian integral form, conservation of mass looks like

where \(V_t\) defines the volume of the parcel, which may change its orientation with time. By employing a change of coordinates that takes the time dependence out of the integral and onto the integrand, one could bring the material derivative inside of the integral, compute the derivatives, and transform back to the original coordinates. By doing so, one would arrive at the same equations.

The Reynolds Transport Theorem states the conclusion of this procedure. For a scalar \(\phi\),

The rate at which the momentum of a parcel changes should be equal to the net forces that act on it. In equation form,

This is just Newton’s Second Law, as learned in fluid dynamics. Bringing the derivative into the integral on the left hand side (and using mass conservation), we get

While there are many possible forces to put on the right hand side, for now we will consider two: pressure and gravity.

Pressure is more complicated, so we will cover it first. Assume that pressure is isotropic and directed inward and normal to the surface. This means that the matrix of stresses at a point on the surface of the parcel is given by

where \(\mathbf{I}\) is the identity matrix.

There is no shear stress, and only non-zero components of stress are normal to the surface. This is negative because the pressure acts inward while the normal vector faces outward.

We then may express the force over the entire parcel as the surface integral of these stresses.

Thus we get that

Next, we will add rotation to the mix.